Five years ago, I made a decision.

I decided while my mother was battling cancer that I would not grieve.

If this sounds impossible, unrealistic, and unusual for a person whose vocation is pastoral ministry.. you are right. It didn't work.

Why would I think it would? The problem arrives with the fourth word of that sentence: Think. I turned to thinking rather than feeling. I thought whenever I wanted to cry. I thought whenever I needed to feel. It worked like this - In a moment of sorrow, I turned my thoughts toward the peace she has in heaven. In the emptiness of planning the holidays, I thought about her heavenly reunion and the joy she must have. It was full-time job to remain intellectually disengaged from the emotion that raged within me. Ironically, my inner-dialogue did not seem heretical but actually quite scripturally sound. For instance, I told myself she is "in a better place" and not too let my heart be troubled. I told myself that we are not citizens of this world and it will be just a twinkling of the eye when I see her again. All of that would have been okay, if i had also let myself cry, weep, mourn, lay around in her bath robe and eat her favorite icecream. But I didn't, instead I silently criticized myself for wanting her back. I told myself I was selfish; she had suffered and she is now finally at rest. I told myself that laying around in her bath robe was selfish, too. I shouldn't take time for that! My children needed me to be strong and my church that needed me to have faith.

Five years later, I am now "coming clean" and sharing my sadness. Sharing what happened.

The Last Time I Heard her Voice.

I didn't go to Florida when I knew she was dying. I knew my sister and brother would be there to help yet, I will never forget how frustrated I was at the miles between us. I wanted to be by her side. People told me to go and I said no, I had visited her the month before and said my goodbye. We never really fully say goodbye, though.

In her last days of hospice, my sister called me regulary. In that last hour, she put the phone to my mom's ear because I wanted t 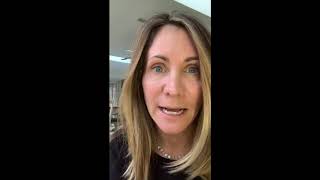